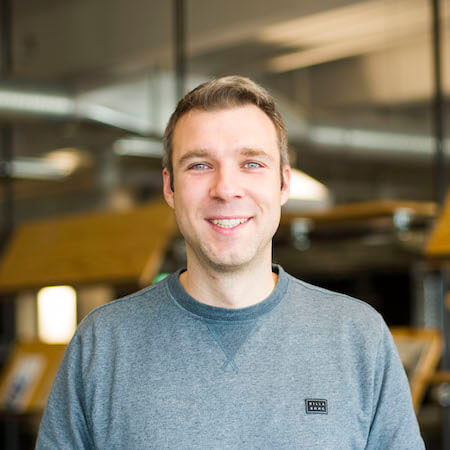 Tobias Krüger, Head of Culture Change 4.0 at the Otto Group, reports to CEO Alexander Birken. From his previous position in the group strategy, he recommended to the board of directors to initiate a cultural change process in order to master the current economic challenges of the group. As an employee, he accompanied the processing of Arcandor – an experience that he never wants to have again and that drives him to do his job particularly well.

As an important internal driver of a cultural change process, he has a very rare position in Germany: Since he operates from a holding level, his team of seven and he orchestrate the processes of the dozens of subsidiaries. He no longer leads these processes himself, but helps his colleagues in the subsidiaries so that they can implement the change independently.

The Otto Group employs 50,000 people worldwide, operates over 100 online shops and generates sales of more than 12 billion euros. In the preparations for the book Digitization with Brain, we spoke to many protagonists of change at Otto – including the CEO Alexander Birken. In preparation for all of these meetings, we have repeatedly noticed the work of Tobias Krüger.

• Getting to know Tobi
• What does culture change mean?
• How did Tobi start his job?
• How did Tobi diagnose what was ailing the company?
• Tobi’s first step to culture change
• The main hypothesis that Tobi and his team came up with to solve the company’s culture issue and how they prioritize
• How did Tobi convince the board of the problem that was ailing the company?
• How Tobi implemented the change in the organization
• How Tobi turned the whole culture concept into a framework that can work without him
• Which communication tool does the Otto Group use for communication?
• How did Tobias help the organization move to the next step in changing the culture?
• Measuring success for the culture change
• Tobi’s favorite books
• Work-life balance for Tobi
• Tobi’s message to his 18 years old self

[04:05] How did Tobi diagnose what was ailing the company?

[09:12] The main hypothesis that Tobi and his team came up with to solve the organization’s culture issue and how they prioritize

[16:19] How did Tobias convince the board on the problem that was ailing the company?

[19:13] How Tobias implemented the change in the organization

[24:14] How Tobi turned the whole culture concept into a framework that can work without him

[27:17] Which tool does the auto group use for communication?

[29:52] How did Tobias help the organization move to the next step in changing the culture?

[40:10] What did Tobi use to measure his success in changing the culture?

“Only by having one good night with someone in a club will he never become your best friend forever?”

“You cannot simply stop and let people complain about each other and do nothing.”

“If we want to scale, we have to reframe and reset the operating system.”

“You cannot convince people by talking to their heads.”

“People need to get better to perform better.”

“If you have the best team and a bad idea, you might not make it in the market.”

“Trust might mean for you, something very different in comparison to me, so we have to figure out what does trust means in your personal daily work.”

“If you see the problem, you might think about what kind of behavior patterns, or values you want to live up for.”

“You are like you are because we wanted you to be like you asked. If we want to change something, we have to change first.”

“Partnership means you’re going to establish some relationship, and you have to work on these kinds of relationships for them to last.”